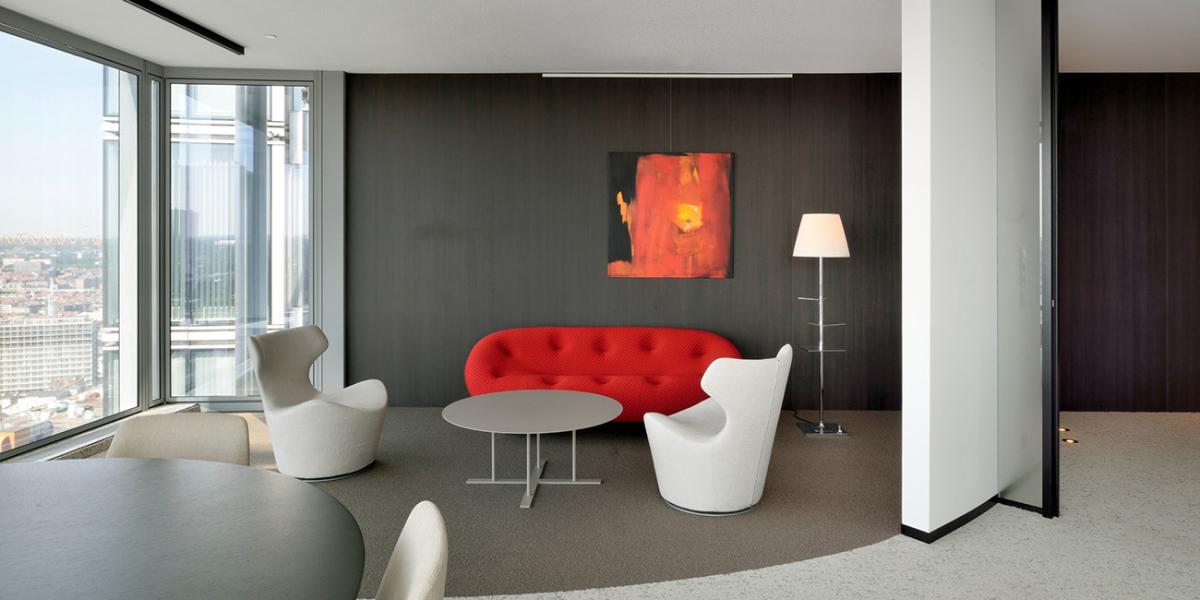 The skyscraper with many names. The Belfius Tower, formerly Dexia Tower and also known as Tour Rogier, is located in the heart of the capital Brussels and is the headquarters of the Belfius Bank. At 137 metres, it is the fourth tallest building in Belgium and one of the few skyscrapers in the world whose roof is made entirely of glass.

Various Clina heating and cooling systems were added between 2014 and 2017 during conversions, for example in the executive penthouse offices. Around 750 m² OPTIPANEL 15, 1350 m² metal panels and over 500 m² OPTIMAT SB 20 capillary tube mats were installed in the ceilings.

plaster on gypsum board - ceiling