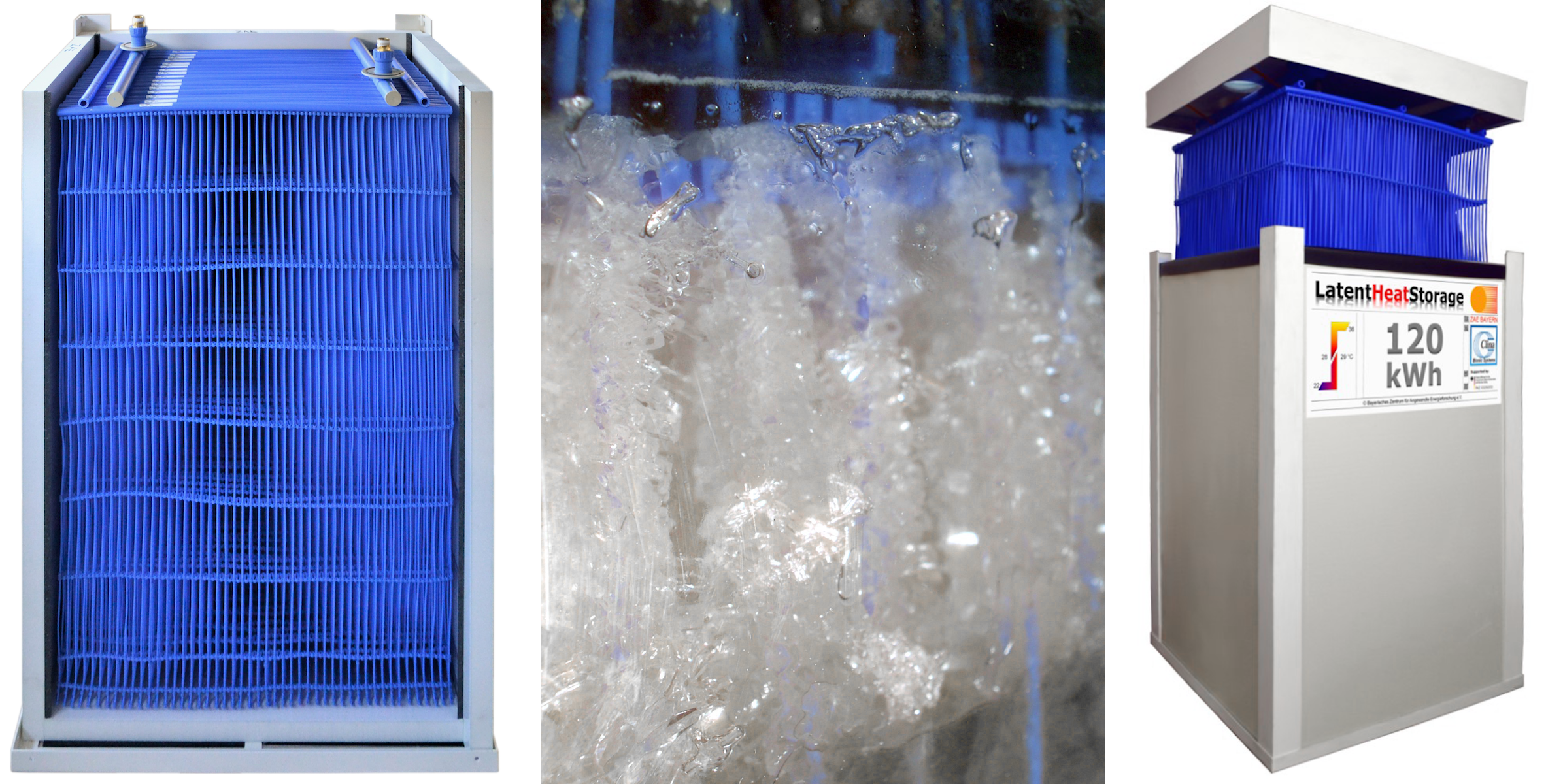 The storage of environmental thermal energy and its use is an important tool for sustainable and efficient energy use. They help to reduce the primary energy demand or CO2 emissions.

The latent heat storage is filled with a special material on the inside. In technical language, this is known as "phase change material" (PCM). The best known phase change material is water. Latent heat storages with water, also known as ice storage, are the most commonly used and up to now are the most optimal variant. Their melting point is 0 °C, so they cannot be used for direct heating of buildings. Ice storages are mainly used in cold water systems and only in combination with heat pumps they can be used for building heating and in the summer for cooling.

However, developers and manufacturers of such storages are continuously working on improvements. This also includes the Clina company. A storage with a phase change material that melts at around 30 °C was developed at the Centre for Applied Energy Technology (ZAE) in Bavaria. This phase change energy can be used for heating buildings with low-temperature heating systems, such as heating and cooling systems with Clina capillary tube mats.

The storage medium is a salt hydrate. If heat is supplied, the salts turn into a melt and later release this energy again when cooling. This is already used in small and practical hand warmers, where this process, releasing energy, is activated by bending a metal plate.

Salt solutions offer an efficient way to store large amounts of heat. A salt hydrate, with a storage capacity of 120 kWh at a storage size of only 1,6 m³, has a high storage density. A matrix of Clina capillary tubes is used as a heat exchanger to ensure that the phase change between solid to liquid or liquid to solid is as homogeneous as possible over the entire storage volume.

The large-area, homogeneous layout of the storage matrix in the storage is a precondition for the efficient operation of the system.

Since the start of development in and an extended test phase, 4 additional pilot storages* have been put into operation. It has been shown that these latent storage systems are very stable over cycles.